The Beginning of Man and Drone

I’ve always had a big vision of pulling off some insane cinematic adventure style films, but have been held back because of either costs or the fact technology wasn’t there yet. Thankfully we have some amazingly clever people in the world that can bring this quality technology to market.

It started back in New Zealand 2014, after a-lot of research I was going to pull the trigger on a DJI Phantom 2, and utilize my GoPro 3 Black as the main video camera. The video quality on the 3 Black if shot in Protune is ok with exceptions to  low-light conditions. I liked the Idea of the DJI Lightbridge but this was way too expensive so found some great FPV bundles for a snip of the price! Just before I was going to pull the trigger DJI announced the “Inspire 1” drone. This was an absolute game-changer! I couldn’t justify dropping the money on a Phantom 2 bundle when an Inspire 1 was only $1.2K more (at that time) and way more capable. 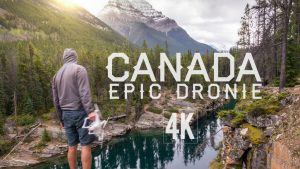 The main problem with any announcement and pre-releases is the hype surrounding them. DJI had produced a nice cheesy (but good quality) marketing video with the fellow Londoner himself  Mr ‘Philip Bloom’ who inspired me with his work on the Phantom 2 Drone. Funnily enough half of the DJI Inspire’s marketing video was filmed just down the road where I was living in New Zealand, don’t know how I managed to miss the film crew that time.

In my opinion it’s usually a good idea not to pre-order something as technologically revolutionary as the Inspire drone until the dust settles. My mentality is usually to let other people be the testers and reporters, to see what happens.. Time was ticking and drone shipments were delayed, I missed the New Zealand Summer window and had to knuckle down to my 3 jobs churning out 70+ hour weeks. Work had distracted me a little and I was still undecided as what drone route to go. For me what is absolutely paramount is the portability of a drone as a plane carry-on and it’s weight due to the amount of hiking I do. For those reasons I had to knock the Inspire on the head, that and it was just too expensive to import into New Zealand after taxes.

A month goes by and DJI announced the Phantom 3, again an absolute game-changer. I couldn’t believe it was basically an Inspire but in Phantom guise and only $1.2K! The ‘LightBridge’ system alone was nearly that.. This was an incredible deal and I ordered one straight away from the good people at ‘DroneFly’ to make the 2nd round of imports from China. I told them to keep it safe for me in storage as it would be nearly 6 weeks before I collect it in store near Los Angeles, California. This would be the start of my trip before Canada. California, Oregon and Washington would be the testing grounds. Man and Drone was now a reality.

With a big thanks to David Eipacnih, who chauffeured me around L.A. for a week testing the new drone out. David, a fellow traveller and tech entrepreneur who I met in Colombia in 2014 had recently moved to California from New Jersey. It was great timing and a reminder to always keep in contact with the legendary people you meet when you travel.

I am on a mission to produce the most jaw-dropping drone shots on earth. Stayed tuned! 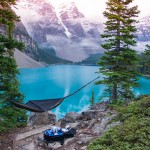 Canada – The True North (Making Of)